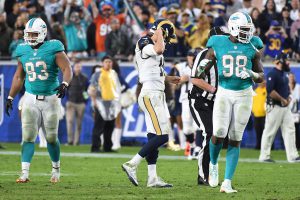 With a scintillating series of NFL Thanksgiving Day games already in the books, it is time to make some bold predictions for the remainder of Week 12.

A few 2015 playoff contenders enter Week 12 nowhere near this status right now. We are calling out the Carolina Panthers, Arizona Cardinals and Green Bay Packers. For starters, can Cam Newton finally shed his strikes going up against an 8-2 Oakland Raiders?

Then there are the San Francisco 49ers with only one win. A floundering club that may just pull off its first win since Week 1. This projection and more are covered within the following bold predictions for NFL Week 12.

The words touchdowns and Los Angeles Rams are not commonly used within the same sentence. This is because the Rams remain the lowest-scoring team in the NFL with nine passing and four rushing scores. It is an utterly atrocious and embarrassing stat for the Rams to own.

In Week 12, Goff and his haggard Rams hit the road to play in New Orleans. The Saints are likely to establish a sizable lead early on playing at home. This will be the complete opposite of what happened in Goff’s debut against the Miami Dolphins. Goff didn’t have to do much other than feed the ball to an exhausted Todd Gurley.

This weekend, Goff will have to put that arm to use a lot. Fortunately, he faces a Saints defense that ranks fifth-worst against the pass. It has also given up 14 passing touchdowns and managed just six interceptions.

Goff will show everyone why he was worth the first overall pick in this year’s draft. He will match Drew Brees with three passing touchdowns in a narrow loss to the Saints.

The 49ers haven’t exactly laid down against their competition as of late. They put up a close fight in a 23-20 loss to the Arizona Cardinals in Week 10. Next, they did a fair job of keeping up with the New England Patriots early on in Week 11.

The Patriots won 30-17, but we are talking Tom Brady and the gang here. On the schedule for Week 12 is the very beatable Miami Dolphins. This is the team that did not even score until late in the fourth quarter against the Los Angeles Rams last week. Miami fortunately survived what was starting to look like a shut out.

Colin Kaepernick and the 49ers will have a shot at a much-needed second win if the Dolphins can’t get with the program. After all, the Dolphins’ defense failed to intercept rookie Jared Goff last Sunday. 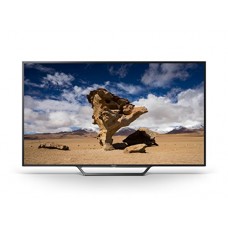 The Arizona Cardinals returned from a bye, then stunk up the joint when they posted an ugly loss against the Minnesota Vikings. Quarterback Carson Palmer threw two nasty interceptions, both caught by cornerback Xavier Rhodes. One was even returned for a 100-yard touchdown.

The Cardinals managed to score 24 points. Though, they didn’t look anything like a playoff team while the Vikings’ defense and special teams stymied them.

In Week 12, the Cardinals could get a reprieve and perform like a team that fans are proud to watch. They will face the Atlanta Falcons defense that should bring out the elite in Palmer. Here’s a defense that is allowing a 68.2 percent pass completion rate as well as two passing touchdowns per game. They have also managed only six interceptions.

The Falcons’ offense is well-rested, but could be tested against Arizona’s No. 2 defense. Might we note that Arizona is giving up only 19 points per game. This could be a close contest, but in the end Arizona will recover with a win and Palmer will save face.

4. Injuries only make Bengals stronger as they roar their way to a win

The Bengals are struggling within their division and currently rank third with a 3-6-1 record. With little hope to make the playoffs in sight, the Bengals’ offense just took a huge hit. Star wide receiver A.J. Green injured his hamstring and may not be able to return for at least a couple of weeks. That is an optimistic timetable at best.

Running back Giovani Bernard tore his ACL and will miss the remainder of the season. Unfortunately, the show must go on. That happens in Week 12 when Andy Dalton and the gang travel to Baltimore.

The Ravens lead the AFC North with a 5-5 record. That’s hardly bragging rights by any means considering Baltimore has lost five of its past seven. Plus, the Ravens’ defense had no solution for stopping Dallas Cowboys quarterback Dak Prescott last week.

By sheer determination, the Bengals will get back on track with Tyler Boyd and Brandon LaFell picking up the slack. They sport an excellent track record against Baltimore having won their last five games in this rivalry.

In keeping tabs on Winston’s stats of late, they are pretty tremendous. Over his last five games, Winston has averaged a 104 passer rating and 270.6 passing yards per game. He has also scored 11 touchdowns compared to just two interceptions.

The chemistry between Winston and Mike Evans has been quite amazing as well. To date, Evans is the most targeted player in the league, averaging 12.1 targets per game. He has also scored eight touchdowns which represented a league high heading into Week 12.

On Seattle’s side, Wilson has not exactly been a slouch. In reviewing the numbers during his last five games, his quarterback rating is 103.1. He has eight total touchdowns and has not turned the ball over since Week 8. Like Winston, Wilson has averaged 270 passing yards over five games.

Boldly, we are calling for Winston’s numbers (275 yards, three touchdowns) to be just a step above Wilson’s (260 yards, two touchdowns). This is even with cornerback Richard Sherman shadowing Evans.

6. Rashad Jennings will rush for 130-plus yards and two touchdowns

Jennings isn’t exactly a name that comes to mind when asked to name a top running back. But the 31-year-old veteran has been quietly picking up steam over the past two games.

Jennings should be primed to deliver a monster performance under these friendly conditions. Surely not playing from behind, the Giants will give Jennings an opportunity to be the focal point of the team’s offense this week. Fantasy football enthusiasts should take note here.

7. Cam Newton comes up empty at the Raiders

Overall, Newton has been a disappointment this season. He is showing up at his post-game pressers more often gloomy versus cheerful. At this point, he has only 11 passing and four rushing touchdowns compared to seven interceptions in 10 games.

Newton’s numbers are a far cry from last year’s 45 total touchdowns. Up next for Newton in Week 12 is a favorable matchup against the Oakland Raiders. The Raiders’ defense ranks 27th against the pass and has a total of 27 offensive touchdowns.

This should be prime scoring territory for Newton to put points on the board, right? But, because Newton has only scored four touchdowns in his last five games, we are pumping the brakes on Super Cam this week.

The only player potentially handing out a football to an anxious child will be Jonathan Stewart. And with how hot the Raiders are at this point, Cam’s scoreless day will help Oakland advance to its first winning season since 2002.

New York Jets veteran cornerback Darrelle Revis recently admitted that his “body is breaking down.” And the words “washed-up” have also been associated with Revis quite often this season. As a result of poor performance, Revis ranks 84th among cornerbacks according to Pro Football Focus.

Does the seven-time Pro Bowl corner have enough gas left in the tank to tangle with his long-time quarterback foe this week? To date, Revis has yet to record an interception. This is after managing five interceptions in 2015. Notably, one of those included a pick off of Brady the last time the two met.

The Jets also won at home, 26-20. It was a bit of an upset considering Brady and Co. were squaring off against Ryan Fitzpatrick.

This Sunday night’s matchup between the 7-3 Kansas City Chiefs and Denver Broncos promises to be an exciting experience for the national televised audience. One team will move closer to securing a playoff spot while maintaining pace with the Raiders.

Both the Chiefs and Broncos offenses are nothing to write home about. They both rank within the bottom 10 in the league. So, good luck to Alex Smith and his offense scoring against a Denver defense that is allowing only 18.9 points on average per game. Opposing quarterbacks are completing a league-low 56.1 percent of their passes against the Broncos’ defense.

Meanwhile, Kansas City’s defense should present obstacles of its own against Trevor Siemian and the gang. The Chiefs’ defense leads the league in total takeways with 23. It should have a field day Sunday evening forcing turnovers on the second-year quarterback.

We witnessed back in Week 7 the Seattle Seahawks and Arizona Cardinals end Sunday Night Football in a puzzling 6-6 tie. This could very well be the same case here.

The Packers have employed a multitude of running backs after placing starter Eddie Lacy on IR earlier in the season. Unfortunately, the Packers’ running back dilemma is almost as sad as the quarterback situation in Cleveland.

The latest addition to the Packers’ offense is Michael, recently released by Seattle. Michael adds some much-needed depth beyond James Starks and Ty Montgomery, who has been pulling double-duty carrying the ball.

Furthermore, the Packers need a capable back that can replace Aaron Rodgers as the lead rusher. Michael is reportedly being prepped to play Monday evening against the Philadelphia Eagles.

After watching the Seahawks’ backs pile up 152 yards and a one touchdown on some wild runs against Philly last week, Michael should have a productive, 100-yard, two-touchdown performance in Week 12.

Cancel reply
Dez Bryant says Dak Prescott, Ezekiel Elliott are ‘the real deal’
The good, bad, and ugly from Week 12 in the NFL
To Top