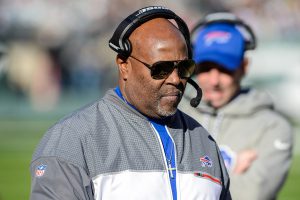 Anthony Lynn has been officially named the new head coach of the Chargers. USA TODAY Sports

Less than 24 hours after officially announcing their move from San Diego to Los Angeles, the Chargers have hired a new head coach.

According to ESPN’s Adam Schefter, Anthony Lynn and the Chargers have agreed to a four-year deal.

Lynn was the offensive coordinator for the Buffalo Bills last season before being named interim head coach when Rex Ryan was fired. There were initially reports that the Bills were intent on keeping him, but they decided to go in a different direction.

3 Week Diet – Isn’t It About Time To Start Feeling Better About Yourself?

With the Chargers’ job filled, the San Francisco 49ers are now the only team with a head coaching vacancy. That likely means at least one of two offensive coordinators who were at one point considered the hottest names on the market will not be landing a head coaching gig.