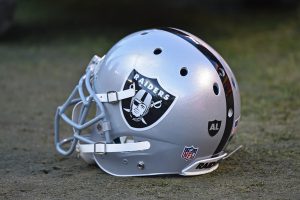 The hubbub surrounding a possible relocation of the Oakland Raiders to Las Vegas is amping up even more these days. Las Vegas mayor Carolyn G. Goodman said she is “very, very confident” about the Raiders moving to her city, speaking with Hannah Storm of ESPN’s Sports Center.

Goodman said the town is “so ready” to make the Raiders in Vegas a reality. The proposed $1.4 billion stadium is slated to be funded in part from revenue mainly raised by tourist income from the city’s 155,000 hotel rooms. If the proposed deal goes through, the city of Las Vegas would be on the hook for $750 million.

When asked if the local citizens would be impacted by the funding, Mayor Goodman explained there is no personal income tax in Nevada. There is only property and sales taxes. Goodman says they are “trying to find different avenues” to get the dollars, primarily from the city’s tourism income.

These comments by Goodman sound a bit more positive than her comments from a week ago.

“We’re a little bit in the weeds right now talking about the numbers,” Goodman said, via News3LV.”

Goodman appeared confident that the future “economic boon” to the city should outweigh any cost for the project in the long run. She also mentioned that sports betting isn’t an issue, making the real issue about getting the stadium built for the Raiders.

At this time, the Raiders’ owner Mark Davis remains committed to Vegas if the funding for a stadium goes through. He recently said that “nothing will get done in Oakland.” He’s also released a sick promo video touting what a move to Las Vegas would mean for the Raiders.

Cancel reply
Six NFL players who will cash out big in final year of contract
Report: Jets could move on from Ryan Fitzpatrick
To Top