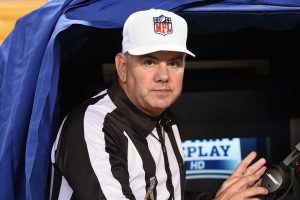 NFL owners voted to give game officials help from the league office in 2016.

Team owners voted to tweak instant replay rules at the NFL Spring Meeting on Tuesday in Charlotte, N.C., the league announced. One of the tweaks allows on-field officials to communicate with the league office.

Here’s the official verbiage from the playing rule proposal:

“The Replay Official and designated members of the Officiating Department at the League office may consult with the on-field officials to provide information on the correct application of playing rules, including appropriate assessment of penalty yardage, proper down, and status of the game clock.”

The official reason for the rule change is it “provides for more extensive use of Instant Replay system.”